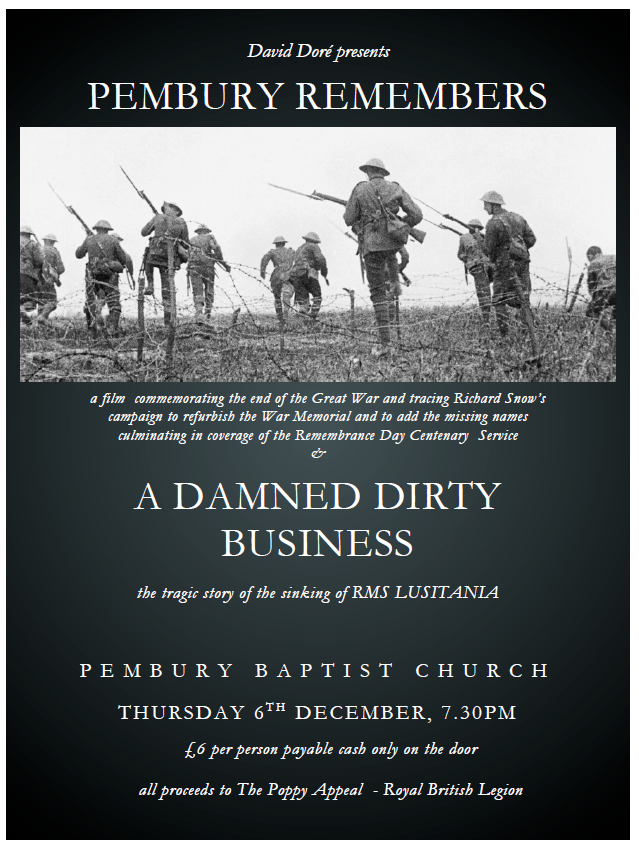 The showing of the film “Pembury Remembers” which  was filmed by local film-maker, David Dore.  The film includes scenes from Tyne Cot, Langemarck and the Menin Gate.  There will be interviews with relatives of Pembury men killed in action in both World Wars as well as showing the carving of the new stone plaques for the Pembury War memorial by Burslems. 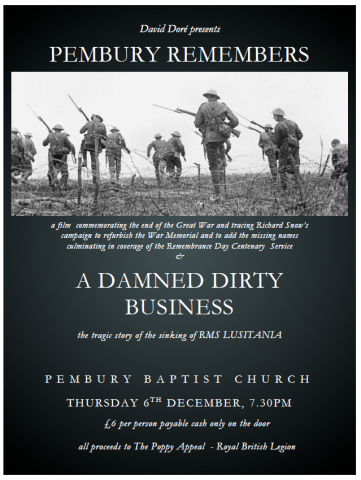