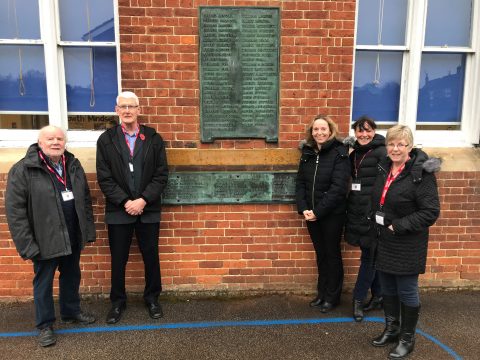 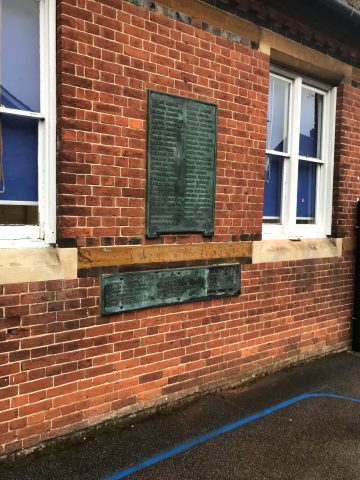 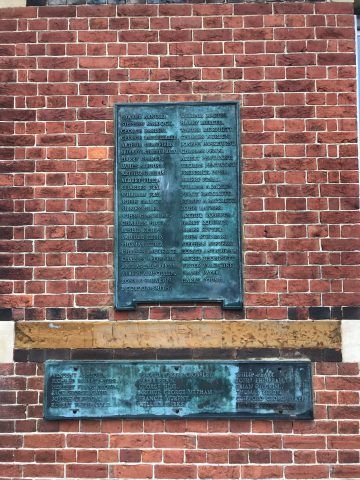 The Parish Council were pleased to attend a recent assembly at the Primary School to unveil the old War Memorial plaques which have been fixed to the outside of the old school building.  The plaques are still visible to everyone from the footpath by the side of the school down to Lower Green Cemetery.  The metal plaques on the War Memorial were replaced with new stone ones with corrected spellings in November 2018 as part of the commemoration of the centenary of the end of the First World War. 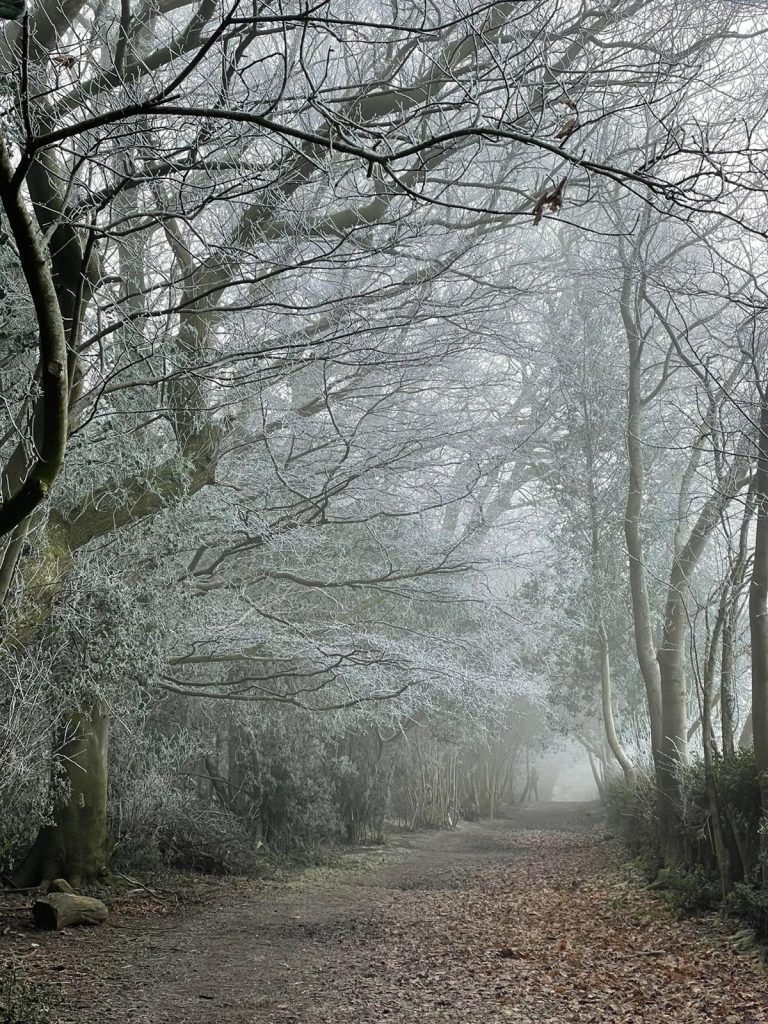